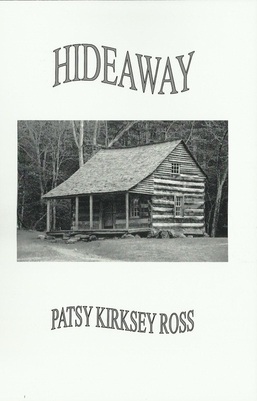 Amy Fontell inherits a cabin in the woods from her deceased uncle.  She loves escaping the city to spend quiet time and enjoy the beauty of nature.

However, her serenity is shattered when she discovers a decomposing body with an arrow protruding from its back.

Amy is caught up in the investigation of a homicide when she meets Lieutenant Barry Reeser.  A recent widower, who is still grieving for his former wife, Barry becomes interested in Amy.
She returns that affection and falls deeply in love with Barry.

After Amy and Barry are married, Amy feels insecure about his love for his former wife.

Amy and Barry have to work through problems in their marriage while still being involved in the homicide case.

Instead of being solved easily, the case gets more and more complicated and eventually involves Amy’s deceased uncle. 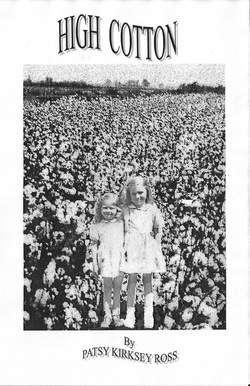 High Cotton is a book of memoirs of two little girls, my sister, Gayle, and me, growing up on a forty-acre cotton farm in northeastern Arkansas in the 1940 and 1950 era.

On March 16, 1929 our Daddy, Johnie Brackston Kirksey, married our Mamma, Elberta (Birdie)White.  Both were hard-working farmers who lived during difficult times.

This is the history of Gayle and me, as we remember it; how we laughed and cried; how we played and worked on the farm, and how both of us became a teenage bride at the age of sixteen.